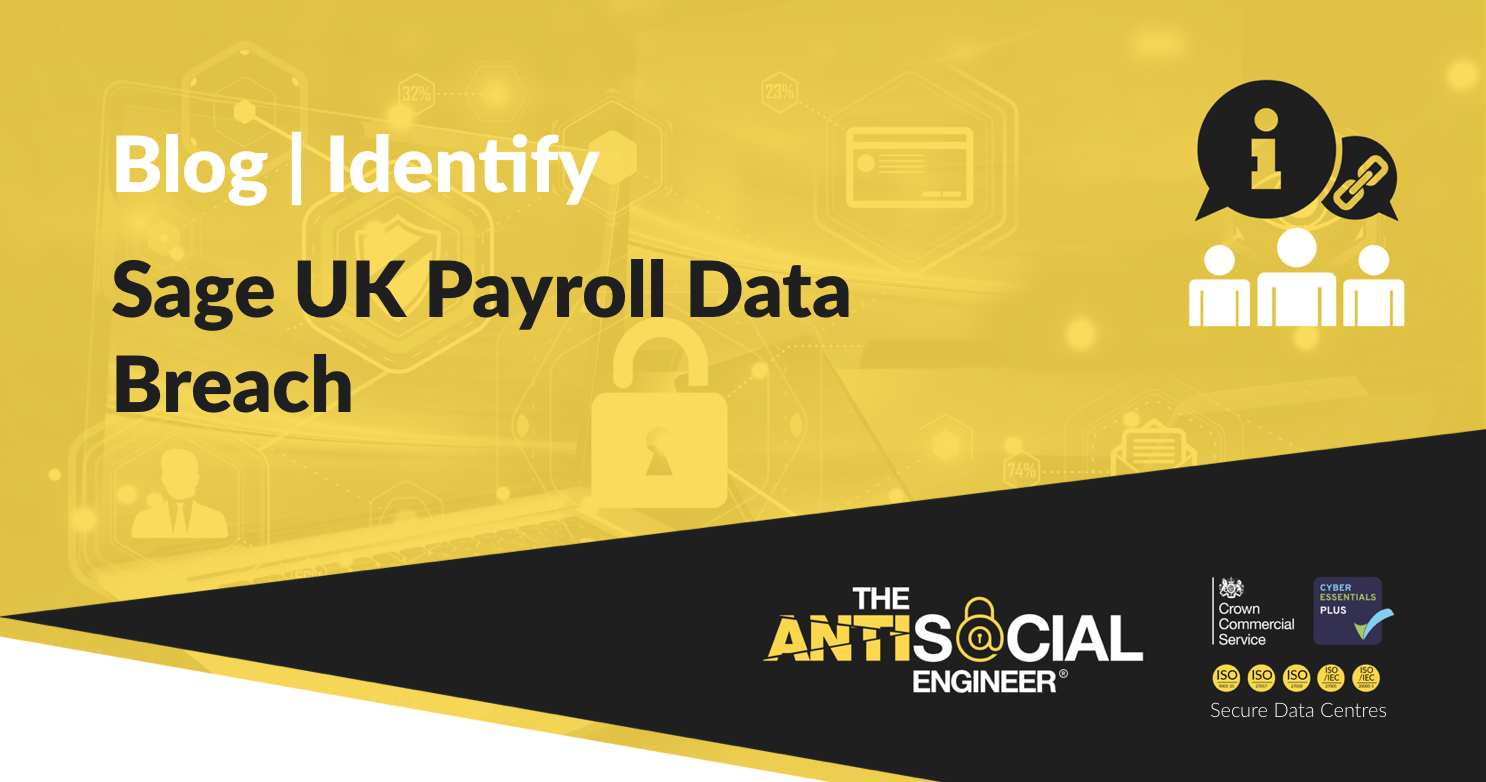 Personal details and bank account information for employees of as many as 300 large UK companies may have been compromised as part of a data breach at Sage, a UK accountancy software group.

August 11th, 2016 Sage UK Payroll services started notifying customers of a data breach effecting their staff payroll systems. A rather generic statement was believed to be provided to their customers:

“At this stage, we are unable to confirm if data relating to your company has been affected, however, we felt it necessary to make you aware at this early stage.”

The AntiSocial Engineer Limited never wishes to ‘bash’ brands but all too often their own actions cause us frustration. We reported the TalkTalk data breach in total confidentiality days before the media fogged the waters and magnified the event. They ignored our recommendations, did not return calls or take freely given advice and as a consequence in the days that followed we had our heads in our hands watching the catastrophe unfold. We had provided them with expert and relevant information which went unheeded, ultimately it was no surprise they turned to bigger and more familiar suppliers, which might not have been the right fit in the circumstances. Today a similar event has unfolded, we decided to make the data breach public as a distinct lack of openness was already being created with silence. It’s hard for a company to admit they have had a breach but it’s this very taboo we need to change in the industry. Data breaches are a case of when not if and how we handle these events can make a massive impact on all aspects of a brand.

The data that Sage are likely to hold on many UK companies and their staff will consist of Personal details such as addresses, National Insurance Numbers, Names, Date of Birth, Bank Account Details and salary information! Although the full extent of the breach is still being investigated by UK Authorities so it is hard to say exactly what has been leaked.

The Information Commissioners Office is fully aware of the matter and dealing with it in co-operation with Police Cyber teams accordingly. It will be good to see them follow their own advice.

“The law requires organisations to have appropriate measures in place to keep people’s personal data secure. Where there’s a suggestion that hasn’t happened, the ICO can investigate, and enforce if necessary.”

Which is officially the most nondescript press statement ever, but it is early days and I wish them all the best and would like to thank them all the same.

“We believe there has been some unauthorised access using an internal login to the data of a small number of our UK customers so we are working closely with the authorities to investigate the situation.

Our customers are always our first priority so we are communicating directly with those who may be affected and giving guidance on measures they can take to protect their security.”

Some important tips to remember at times like this: