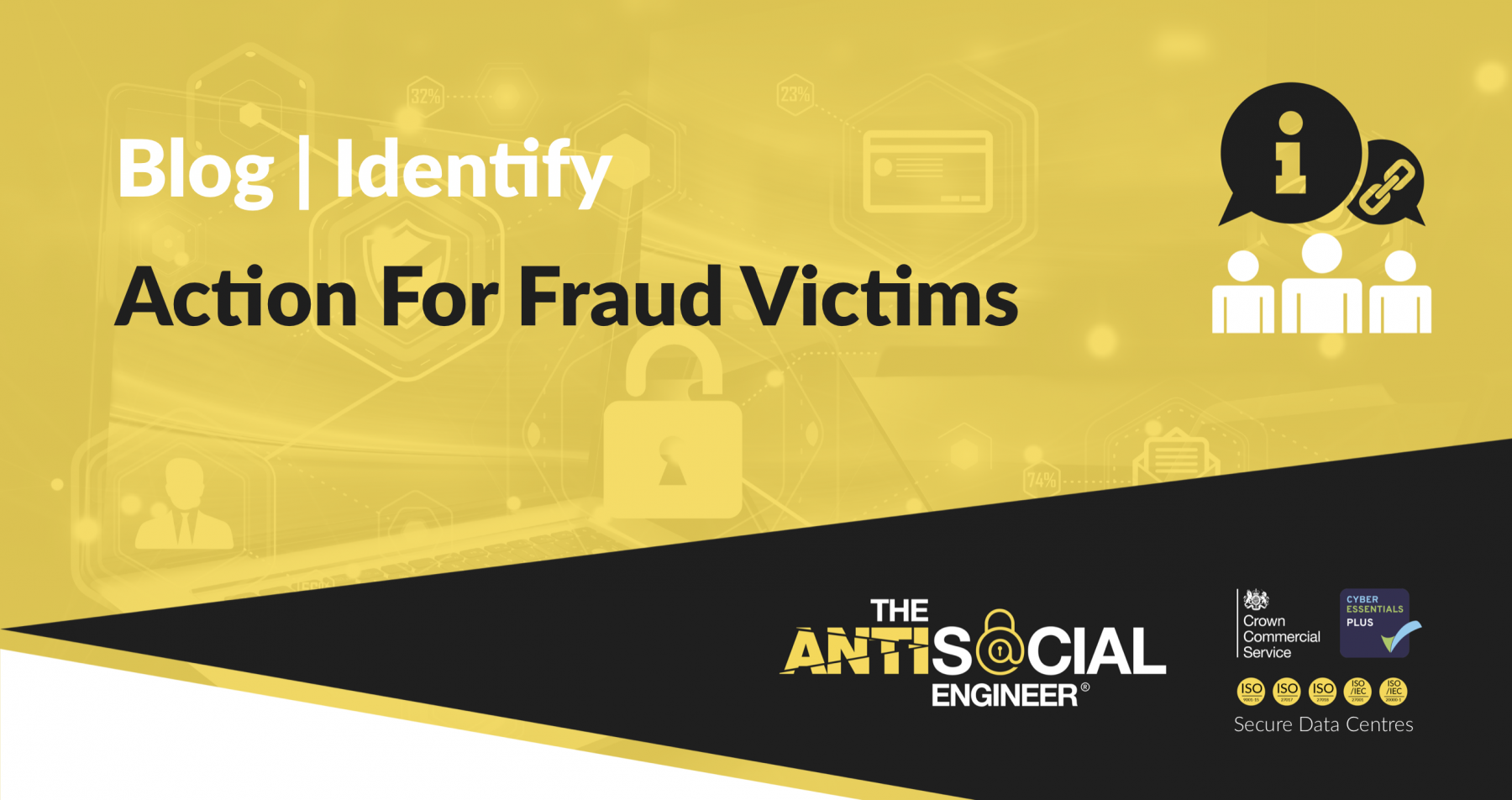 According to reputable sources, around 95% of the cases reported to Action Fraud are left unsolved. It’s unsure at which step of the journey the case could get shelved – but sadly the figures don’t make for good reading. Take the following statistics for my local area of South Yorkshire, England. Your own UK areas are covered here.

It’s a fair assumption that not all victims of fraud would be able to identify they were a victim of fraud too. People can all get conned by smooth operators and be blissfully unaware.

What we do know is in South Yorkshire 4419 people reported an instance of fraud to Action Fraud. 60% of those reports were on behalf of a business. £6M over 6 months… do these thrifty northerners know that’s a million a month vanishing out of the local economy?!

It’s slim pickings but 38 cases received a judicial outcome. Before we jump for joy and try to grasp at that measly 0.85% as some kind of solid conviction rate where they are all in prison doing hard labour… we need to identify what ‘judicial outcome’ means. 69% of the suspects were charged – not to be confused with convicted. 5% got a caution. 26% got a community resolution order. For god sake don’t do what I did and work out what the above means in terms of people.

What did I miss… I’m seeing that the combined efforts of a national fraud reporting service, policing cybercrime teams, hotlines, fraud reporting tools, algorithms to weed our fluff, victim dashboards and millions upon millions in funding has amounted to getting 20 odd people in a room and wasting everyone’s time. Over a six month period at that?! It’s such a shame that victims of fraud simply do not get the justice they deserve and the mess is all contained in the black hole of statistics. If you report a crime to Action Fraud it’s going nowhere and some senior people agree.

What Should We Do?

The longer we continue complicit in this system, the longer it will be before victims receive anything like the ‘cyber enabled police’ they are sold in their tax bill. Action Fraud’s critics often draw attention to minor incidents, but the injustice is staggering.

In order to change this inefficient, archaic system we have to first identify there is a problem so severe it can not be resolved internally. It doesn’t need a new website or some tweaks to policy. It has failed and should cease. Sounds like a radical, half baked plan from me a little bit?! Scotland did it… they just said no. That’s what we have to do.

I’m not an authority on restructuring the civil service… But what harm can be done in funding the NCA to take it’s long standing record of busts and action to the next level. They have already been one of the leaders in rounding up users of illicit tools, pedophiles and general scum across the UK. Simply allow them to continue… its daft to say they couldn’t handle the same load of reporting as the Action Fraud system – it is currently a website and and call centre that went out for tender.