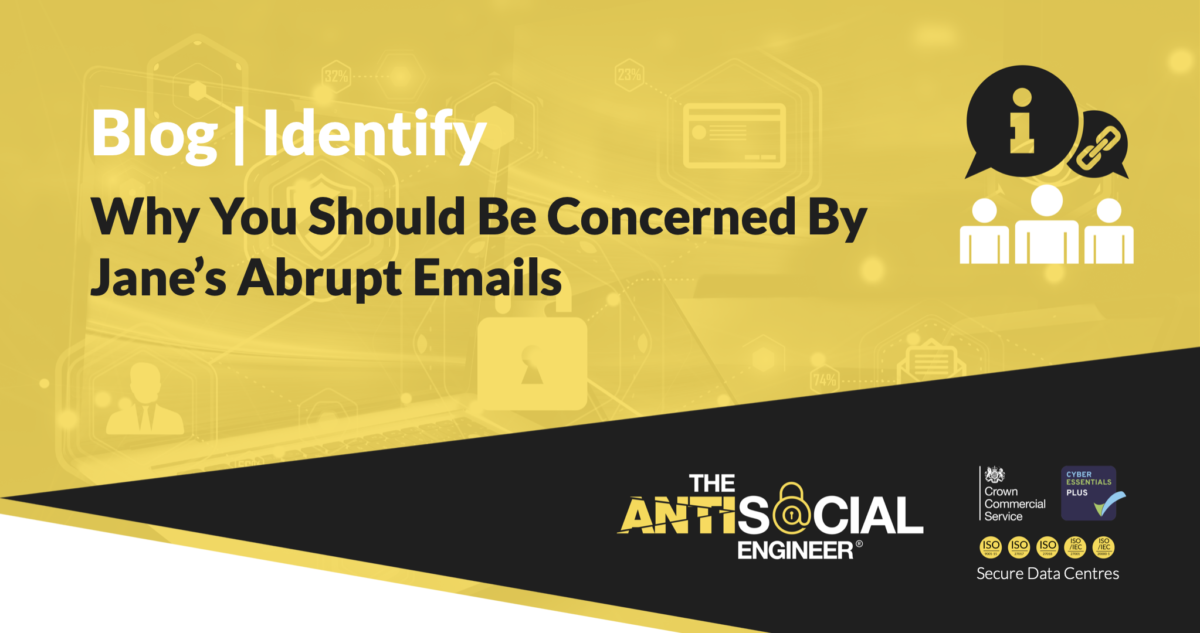 There’s nothing more satisfying than removing the “kind” from “kind regards” and smashing that send button when you’ve lost your patience with the recipient.

If you’re on the receiving end, you probably know what’s caused this sudden removal of manners, and will just roll your eyes and continue with your day.

But, what would you do if Jane from HR completely changes her tone, and you have no clue why?

Would you think she was just having a bad day? Maybe she a lot of work dumped on her before the weekend?

A few years ago I was working at a company that manufactured alarms, and I witnessed an interesting interaction.

A woman from Accounts (Lisa) came into our office to speak to the Events Coordinator (Kerry), who was sat across from me.

Lisa asks Kerry if she’s ok. Kerry smiles, says yes, and asks Lisa how she is.

She crouches down and whispers to her. “Are you sure you’re ok? Have I done something to annoy you?”

Kerry looks puzzled, tells her no and asks her why she would even think that.

Lisa explains that it’s because of the emails she’s been getting from her, and that they’re coming across as quite rude.

Basically, over the last few days, she had received multiple emails from Kerry asking her to pay an invoice, but the tone of each email was increasingly abrupt and rude – not the sort of message she had come to expect from her colleague.

So, even though she worked in a completely separate office and rarely crossed paths with Kerry, she did the right thing.

She came to see her in person.

As it turns out, Kerry’s email address had been hacked, and the emails and invoice were a pretty elaborate phishing attempt.

The invoice looked legit, the email address and signature were, of course, perfect – the only thing that gave it away was the sudden change of tone.

Pick Up The Phone

We’re always being told to look out for sketchy email addresses, spelling mistakes, and to be extremely wary of unexpected emails.

But in these cases, the phisher is already in.

If you trust the person that is sending you the email, you need to work a little harder to spot something untoward.

The solution is as simple as picking up the phone.

Instead of assuming that Ben in Purchasing has had a personality transplant, give him a call to make sure he really did send you that email. You might just be the hero that foils a phishing attempt.